When it comes to showing their Mamis some love, Latins aren’t shy about their displays of affection. Here are 12 tracks that we’ll be playing for Mother’s Day. 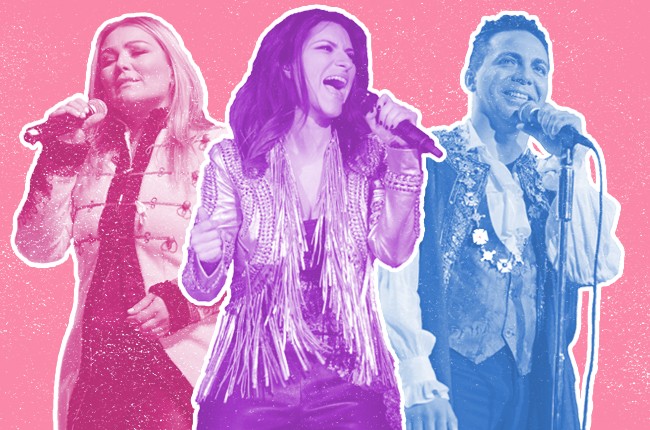 When it comes to showing their Mami some love, Latinos aren’t shy about their displays of affection. The same thing applies to songs made for moms, which tend to be full of love and affection and much-needed during these challenging times.

From Ricardo Arjona to Aventura, here are 12 tracks that we’ll be playing for the special lady in our lives.

Guatemalan star Ricardo Arjona didn’t just write a song for his mom; he made it a single. The girlfriend analogy only makes it more poignant, so much so that Arjona’s mom says she doesn’t like to listen to it because it makes her cry.

The lyrics to this 1997 hit seem to be all about love (“There is nothing after you, no sun no morning), but songwriter Rudy Perez actually penned it after his mom’s death, in her memory.

No, it’s not THAT endless love. This one was written by the Mexican singer/songwriter after his mom’s death and is very explicit in its mourning (“How I would love for you to be alive, that your eyes had never closed”).  A huge hit for Gabriel, it’s been covered by many acts, most famously, Rocío Durcal.

Chilean artist and one of Billboard’s Latina Artists to Discover During Quarantine, Denise Rosenthal, released this soulful funk dedicated to her mother, highlighting their differences but unconditional love.

Billboard’s Latin Male Artist to Discover During Quarantine, Neto Bernal, compares a mother’s great love to that of God’s in this heartfelt ranchera.

There’s no nostalgia or sadness in this joyful ode to mom penned by the former lead singer of Spanish pop group La Oreja de Van Gogh.

The salsa star goes introspective in this track that became a single (“she stopped being her to be there for me”) from his 2009 album Muy Personal.

This Aventura song is a tale of a single mom who resorts to prostitution to raise her son. But the boy doesn’t appreciate his mother’s sacrifices and things go south. Vintage Santos story-telling, though not for the faint of heart.

From Bebe’s 2009 Latin Grammy-winning Pa’Fuera Telarañas, this female power track is not specifically about moms, but works for us!

Want to serenade mom with a mariachi? Ask them to play Vicente Fernandez’s ode to motherhood and you’ll make her cry.

Penning lyrics about motherhood and unconditional love for her daughter, Laura Pausini released this heartwarming lullaby in which she sings about giving all her love to her baby girl.

The Colombian alt-rocker wrote this love song for her daughter, with the title spelling out the word love (amor) in Spanish. The lyrics are anything but trite though (“Since you were born, I’m a better lover, as if you had opened up my conduits”).

Royal Blood Splashes at No. 1 In U.K. With ‘Typhoons’

Recording Academy Calls on Members to Join ‘Summer of Advocacy’

Thibault's 'Drama' Is A Vivid Joy