Red Bull principal Christian Horner has confirmed that the team was caught out by the timing of Max... The post Red Bull 'caught by surprise by Verstappen pit stop' appeared first on F1i.com.

Red Bull principal Christian Horner has confirmed that the team was caught out by the timing of Max Verstappen's first pit stop early in the Spanish Grand Prix on Sunday.

Starting the race from second place, Verstappen had taken the lead at the first corner of the race with a daring move on Mercedes rival Lewis Hamilton.

He continued to lead for the first 24 laps of the race, before diving down pit road to exchange his starter set of softs for a new set of mediums.

The problem was that the team was caught off-guard, and didn't have the full set of tyres ready when Verstappen arrived in his pit box.

“We were gearing up for the stop, but then Max just arrived in the pit lane," Horner told Sky Sports F1 after the end of the race. "We hadn’t actually called him in at that point.

“He called himself in,” he said. “We weren't expecting him, which is why the pits weren't ready. That's why the stop was a second [longer than normal].

"The boys did a phenomenal job to recover so quickly," Horner added. "We lost minimal time and managed to retain track position, so we managed to salvage it very well.

Red Bull motorsport consultant Dr Helmut Marko suggested that it might have been caused by a mix-up in messages over the team radio.

“It was a misunderstanding,” Marko told German television. “The race engineer had said next lap, [Max] thought this [one] and somehow misunderstood."

The delay seemed to have little immediate impact on the race. Against Red Bull's expectations at the time, Hamilton stayed out a further five laps and had dropped six seconds behind Verstappen by the time he came back out on track.

However, Marko believed that the pit stop ultimately proved crucial down the line. With Verstappen struggling to make his tyres last to the end of the race, Hamilton made a second stop on lap 43 and used his latest set to hunt down and pass the Red Bull with five laps to go.

"[The early stop meant] we only had the chance to look of going as long as possible over the distance with the tyres," Marko said. "It then became obvious that it wasn't going to work." 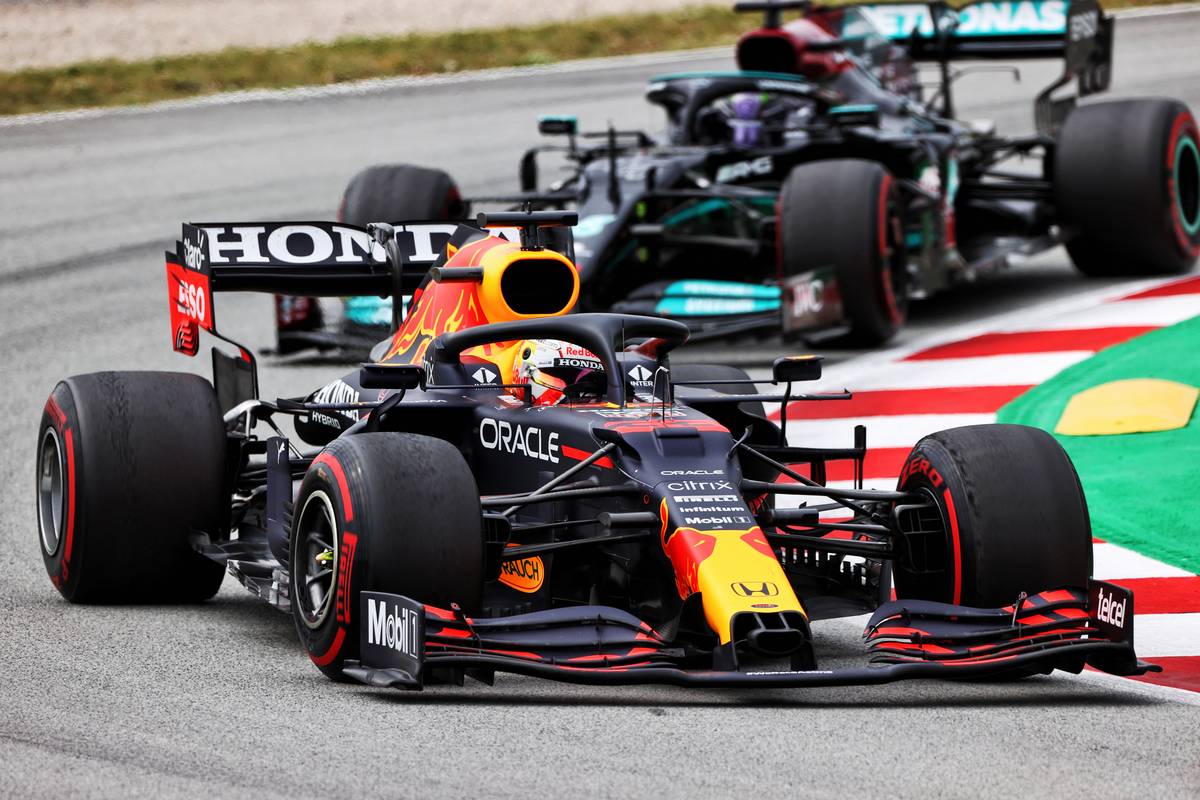 Once he lost the lead to Hamilton, Verstappen made an additional stop and changed to the soft compound to pick up the bonus point for setting the fastest lap of the race.

While regretting the missed opportunity, Horner insisted that there had been little Red Bull could have done differently on Sunday. He said that their rivals were simply in better form at the Circuit de Barcelona-Catalunya, which has long been a Mercedes stronghold.

”We got back the track position but they just looked like they had a quicker car today,” he stated. “They didn’t have the tyre wear and they were able to follow so closely.

"That just gave them all the options," he concluded. “It didn’t look they were going to pass Max on that strategy, so they had got nothing to lose by taking a shot and going back into clean air.

"Of course it worked out for them today," he shrugged.

Norris unhappy with Ocon after 'dangerous' out lap